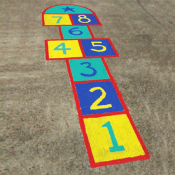 Caravan parks play an important role in pathways in and out of homelessness; and many marginalised residents are currently, or have been, homeless (Stuart, 2007). Because of their clearly defined boundaries and the visibility of residents, caravan parks lend themselves to early intervention strategies to prevent homelessness. The Caravan Project has recently been experimenting with Asset Based Community Development (ABCD) as a strategy helping to strengthen the community in a marginalised caravan park with transient residents. Here we will discuss how Asset Based Community Development can be undertaken when we only have a few hours a week in a particular park and there is a fairly regular turn-over of residents.

This caravan park is a privately owned park with 30 to 35 on-site caravans. Most residents, but not all, live in the caravan park because they had few, or no, other options. Whilst it is set in a picturesque location, the caravan park is geographically isolated being 15 kilometres from two town centres (in opposite directions). The only shops within 10 km are petrol stations with a limited range of relatively expensive goods.

The park has minimal community facilities besides the toilet/laundry block and a picnic table. Although the park owner is working to improve the standard of accommodation, most of the caravans are old and need repairs. The residents provide each other with significant informal support and there are frequent examples of residents lending each other money or food, keeping an eye on each other’s children and sharing information. Very few residents see themselves living in the park long term and see it as only a temporary solution to their housing needs.

ABCD contrasts with traditional problem-solving philosophies by focusing on the assets and strengths of a community rather than its needs and weaknesses. It was developed in the United States in the 1960s and 1970s by John (Jody) Kretzmann and John McKnight (1993), in response to the problems facing many inner – city neighbourhoods at the time. ABCD is based on the belief that all communities, no matter how marginalised, have skills, assets and resources. We can ask questions in two ways:

The main drivers of communities that build on these assets are hope and relationships. Inspired by ABCD, the Caravan Project finds that people are much more likely to be engaged when we focus on what they are passionate about, what motivates them or what they enjoy doing rather what they (or we) believe should be done.

The Big Ideas Grants (BIG) Project was one of the strategies the Caravan Project used to put ABCD into practice in the caravan park. Adapted from the Benevolent Society’s Strengthening Neighbourhoods Project (Benevolent Society, 2008), BIG uses a number of ABCD tools, in particular asset-mapping and mini-grants. The aim of BIG in the caravan park was to create a friendly, dynamic and supportive child friendly community by:

The Caravan Project facilitates a weekly one and a half hour social group at the caravan park which has been running for several years. Before the BIG Project commenced the group was primarily a craft social group and the Caravan Project workers would bring afternoon tea and craft activities, for residents to participate in. The BIG concept introduced opportunities for resident-led initiatives and while it took the community time to embrace the shift from a service delivery model to a community led group, BIG has resulted in several resident-led initiatives since it began in mid-2008 including a potted community garden, community arts projects, community lunches and, most recently, fundraising for the Victorian bush fire appeal.

Although the park has few facilities, through asset mapping it was identified there were some concrete slabs in the park not being used for anything else and there were a number of adults and children who enjoyed art. Through a mini grant, residents, with the support of Caravan project staff, painted some bright graphics on the concrete for use in children games. Through the process residents discovered they could take action to improve their park, they used their skills and enthusiasm and they got to know other people in the park better.

Not long after, the residents wanted to do something special for the park at Christmas. They originally wanted to hold a pageant and invite other residents to be part of a Christmas Carol Evening but the momentum was lost when a natural leader suddenly left the park. The residents turned to the workers asking, “What are we going to do now that she’s gone?” The workers gently suggested that someone else would need to take over those duties and, before long, new natural leaders stepped forward who had the added determination of seeing the project through and to do something special for their community. After re-grouping and engaging in further visioning discussions, the group decided on creating an individually named Christmas decoration for every person on the park. Initially the Caravan Project supplied the materials (through a mini-grant) and the decorations were made during its weekly visits. Within a few weeks, however, the residents were purchasing the decorations themselves and completing them out of group time as Christmas loomed and their satisfaction and pride in what they were achieving increased. From the point of view of Caravan Project staff, it was a fabulous idea because it gave residents an excuse to get to know every person on the park and allowed residents to welcome newcomers to the park community. The transient nature of the park meant that each week there would be new residents and someone in the group would say, “We need to get more decorations! New people have moved in and we have already met them, invited them over to join in and have the spelling of their names!”

From these initial activities which were actively supported by Caravan Project staff, park and resident-led activities were initiated. After the residents started making Christmas decorations, the owner of the park issued a Christmas challenge to residents: $100.00 would be awarded to the best Christmas light display in the park. The residents took to the challenge with enthusiasm and went to great lengths to outdo one another. The park held a Christmas party for residents and all the children received “Secret Santa” gifts. What was particularly significant about this activity was that it was all done without any involvement of Caravan Project staff (although one of the Caravan Project workers and her family attended the celebration). The park even organised for the local television broadcaster (NBN) to cover the event (http://www.nbntv.com.au/ index.php?s=freemans+waterhole).

Nine months on from BIG’s inception and with Caravan Project workers continued hour and a half visits to the group each week, the residents are taking more ownership of the group’s vision and are investing in developing the community independently. With each new BIG Project the community members grow in confidence and willingly put forward more ideas for resident-led initiatives. BIG has also sparked the interest of residents who have usually been harder to engage by encouraging them to share their ideas and participate in something more than a craft activity.

This caravan park provides housing for many people who are, have been, or would otherwise be, homeless. BIG is assisting these residents to utilise their skills, realise their dreams and passions, and build meaningful and supportive relationships while encouraging active community membership.

After initially being concerned that ABCD could not really work in transient park communities, the Caravan Project is learning that it can, and does, work. The role of Caravan Project staff as ABCD facilitators fluctuates depending on who is living in the park and what else is occurring in the park community. At times they need to be active participants and provide leadership. At times they need to allow the residents to take the initiative and to work on their own.

Through BIG, the Caravan Project has learnt the truth of Kretzmann and McKnight’s (2007) belief that:

Kretzmann, J. P., and McKnight, J. L. (1993). Building communities from the inside out: a path toward finding and mobilizing a community’s assets. Evanston, Ill.: Center for Urban Affairs and Policy Research, Northwestern University.